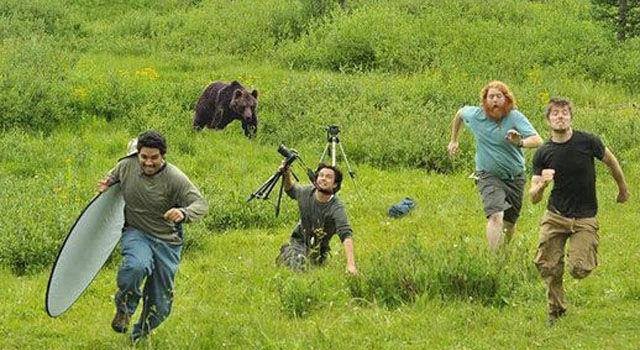 “Why are you still standing? Someone start the car damn it!!”

There are some particular times in a person’s life when the mind goes numb and that was one such moment. I very vividly remember that my first confrontation with an animal in the wild was not at all encouraging. Sorry brother I actually peed on the same tree where it was looking for food!!” this was the most dim-witted reason to be attacked by a wild animal. Then again it struck me that animals are hyper sensitive to odours of body fluids which they often use to mark their territory. It appeared that our dear Sahib had just crossed it’s territory. Prior to that incident, I believed the bear to be a benign creature that never attacked a human, but I was wrong. Neither a tiger nor a lion, not even a wolf but a bear came for us.

And your point is... Cancel reply